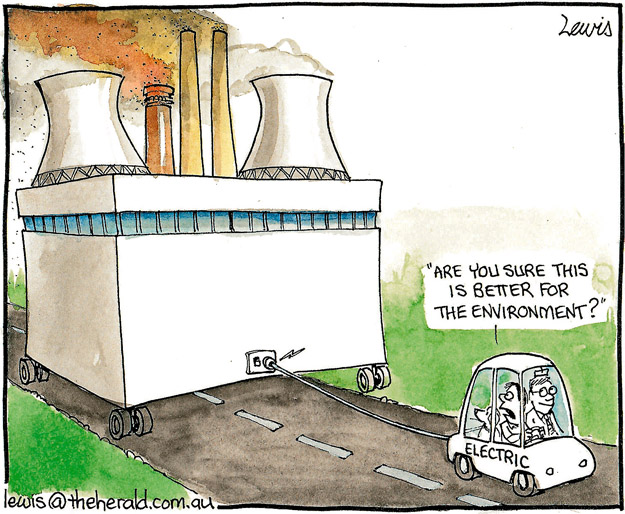 In the land of windmills electric cars run on coal

Published by Guido Guidi on 27 November 2015 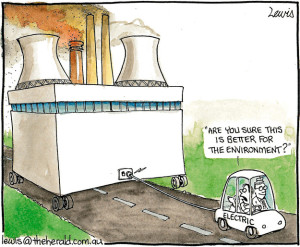 The fact that in the Netherlands there were the windmills and in our country there were watermills is probably no accident. Constantly exposed to the westerlies, the intense western flow that blow in from the Atlantic towards Europe, the Netherlands is a country with a strong wind power potential. Proof of this is the fact that production both inland and off-shore by the end of 2014 reached a production of just under 3GW, just over one-third of the Italian production, within a much smaller territory.

A viable territory in just a few hours in each direction, is ideal for the use of electric cars, whose low environmental impact per vehicle, suffers, with current technology available, with poor range. In fact, the Netherlands is the second largest country in the world for number of electric cars. Only last year, as many as 4% of vehicles sold were electric. All this, of course, in order to free themselves from the use of fossil fuels (which the port of Rotterdam is the European and global hub – not in my backyard, one might say) and reduce the environmental and climate impact of mobility.

Since the world began, however, the increase in the availability of a commodity, has increased consumption. So, it can’t be a surprise that the increase in the number of electric cars circulating has grown much energy demand. Moreover, full recharges a car consumes as much as a refrigerator in 40 days. How to cope with such increased demand then? With generators in or off-shore? None of this: to cope with the increased demand, which is expected to grow by as much as 50% in 2030, in the land of the windmills were built three new large coal plants, including two just in Rotterdam (read here and here). Renewable resources are too much more expensive than traditional ones, they say. If then also finding the place for all the generators that would serve, we should add.

So, shortly, in the centre of Rotterdam you can only run with auto zero impact, from the tailpipe, but maximum impact for everything else. Nice…

This site uses Akismet to reduce spam. Learn how your comment data is processed.