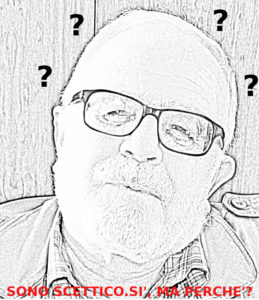 by Luigi Mariani and Franco Zavatti

Europe is the world region with the longest time series of instrumental data due to the fact that the first meteorological instruments (thermometer, pluviometer, evaporimeter and barometer) were invented  by some scientists of the Galilean school (Accademia del Cimento). In this highly original scientific context flourished for the first time the idea of spreading meteorological instruments at the European level to promote an observing network that would operate in a coordinated manner (Iafrate, 2008). The availability of very long time series is quite interesting for historical and climatological purposes although the homogeneity of such series is negatively affected by changes in:

The data of European stations shown in Figure 1 (in Table 1 is reported the list of selected stations with the meaning of the acronyms) were gathered with the aim of organizing an easily updatable dataset which allows us to give an overview of the trend of European climate over the long time periods covered by instrumental data.

The final dataset resumed in the file EUROPA_TD_da_1655_DATI e RISULTATI.xls  began in 1655 which is just the beginning of the Florentine Galileo series data (Camuffo and Bertolin, 2012). The central England time series CET (MetOffice – Hadley Centre, 2016) was added  from year 1659 and gradually other stations have joined, at first coming from historical observatories (Camuffo and Jones, 2002) and then from current operational networks. The most recent data come from either the web site Rimfrost (2016) and from the web sites of Meteofrance, ECA&D and MeteoSwiss.

All data sources are reported in the data file and are highlighted by different colors.

In order to obtain a representative areal average, the data of each station were converted into anomalies with respect to the average temperature 1961-1990 of the station itself. The final product is given by the diagram of the yearly average European temperature anomaly for the period 1655-2015. The final results are freely available in the excel file EUROPA_TD_da_1655_DATI and RISULTATI.xls.

A constant problem for people that aim to rebuild the behavior of European air temperature at synoptic scale is the influence of the UHI, a micro-meteorological phenomenon  which is often present in a densely populated areas such as Europe where meteorological measurements began in geophysical observatories often placed at the center of large urban areas. The weight of the UHI is absent only for rural measurement stations or high altitude stations (Sonneblick, Gran San Bernardo).

In order to evaluate the weight of the UHI on the time series 1655-2015, it may be helpful to look at the diagram of deviance (sum of the squared deviations from the mean) of the temperature anomalies, represented in Figure 4. The value of the deviance:

I’d like also to point out that the three Spanish stations of Salamanca, Navaracerrada and Cadiz have a very low correlation with the Central England series CET, which is not evident for the other stations of the dataset. I think that in future it will be necessary a deeper reflection on the Spanish reference stations.

The anomalies of the diagram (Figure 3) are the result of three types of phenomena:

The visual analysis of the European average temperature anomaly (Figure 3) shows that the inter-annual variability is not significantly increased compared to the past. This is consistent with results of Anderson and Kotinski (2010 and 2016) that working on 6092 monthly global monthly series with at least 90 years of data from the GHCN dataset and  highlighted a decrease in the average temperature inter-annual variability for the analysed period (1900-2013).

Similarly, the visual analysis of the deviance diagram (figure 4) shows that spatial variability is not significantly increased compared to the past and appears roughly stationary since the middle of the nineteenth century. This leads to the belief that frequency distribution in the various spatial scales of the circulatory structures responsible for such variability has not substantially changed over time.

How to cite this dataset

The dataset of mean temperature anomalies for Europe in its version updated to 2015 was among the databases of weather data and biological proxies used to analyze the mean climatic cycles that affect European climate (Mariani and Zavatti, 2017). Please refer to this job while use these data for research purposes.

I’d like to thank Costantino Sigismondi and Franco Zavatti for the critical review of the text.